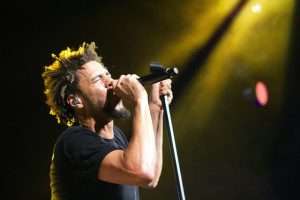 J. Cole made a dream come true for one producer last night as he released a new song over a Youtube producer’s beat. According to Cole in the message to the producer, he said he searched “J. Cole type beat” on Youtube, found a beat he liked, wrote a song to it and let the producer post it to his personal Youtube channel so he could get full credit for the production. Pretty cool! Listen to ‘Procrastination (Broke)’ by Cole and produced by Bvtman below.