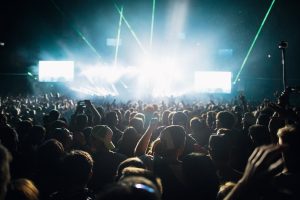 Post Malone has had a bad string of luck with getting hurt while performing on his current tour. Last night, Posty reportedly twisted his ankle and apparently bruised it as well at his stop in Atlanta. This after Malone fell into a trap door and bruised his ribs back in late September. TMZ is reporting that the pain was really bad for his ankle. Following the injury, Post continued the show but said his dance moves wouldn’t be great.