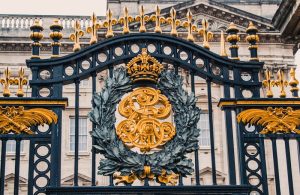 A star actor, director and producer was named the godfather of Prince Harry & Meghan Markle’s daughter Lilibet and he goes by the name of Tyler Perry! The last three episodes of Harry & Meghan dropped on Netflix Thursday. In one scene, the mega-producer revealed that he was asked to be a godfather to Lilibet, the royal couple’s newborn daughter. Perry formed a friendship with the two years ago and said he’d be honored to hold the title of godfather.