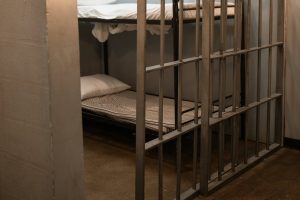 Young Thug is in some deeper water today. In an incident that has surprised many, Young Thug and a racketeering co-defendant were caught conducting a hand-to-hand drug transaction during a court hearing. Fulton County prosecutors say the alleged exchange was captured on courtroom surveillance video on Wednesday based on which the authorities took action immediately. They say Kahlieff Adams gave a bag of percocet to Young Thug, whose real name is Jeffrey Lamar Williams, while he was sitting next to his attorney in court. Thug’s lawyer claimed that he did not know what was being handed to him. You can check out the video of the incident below.