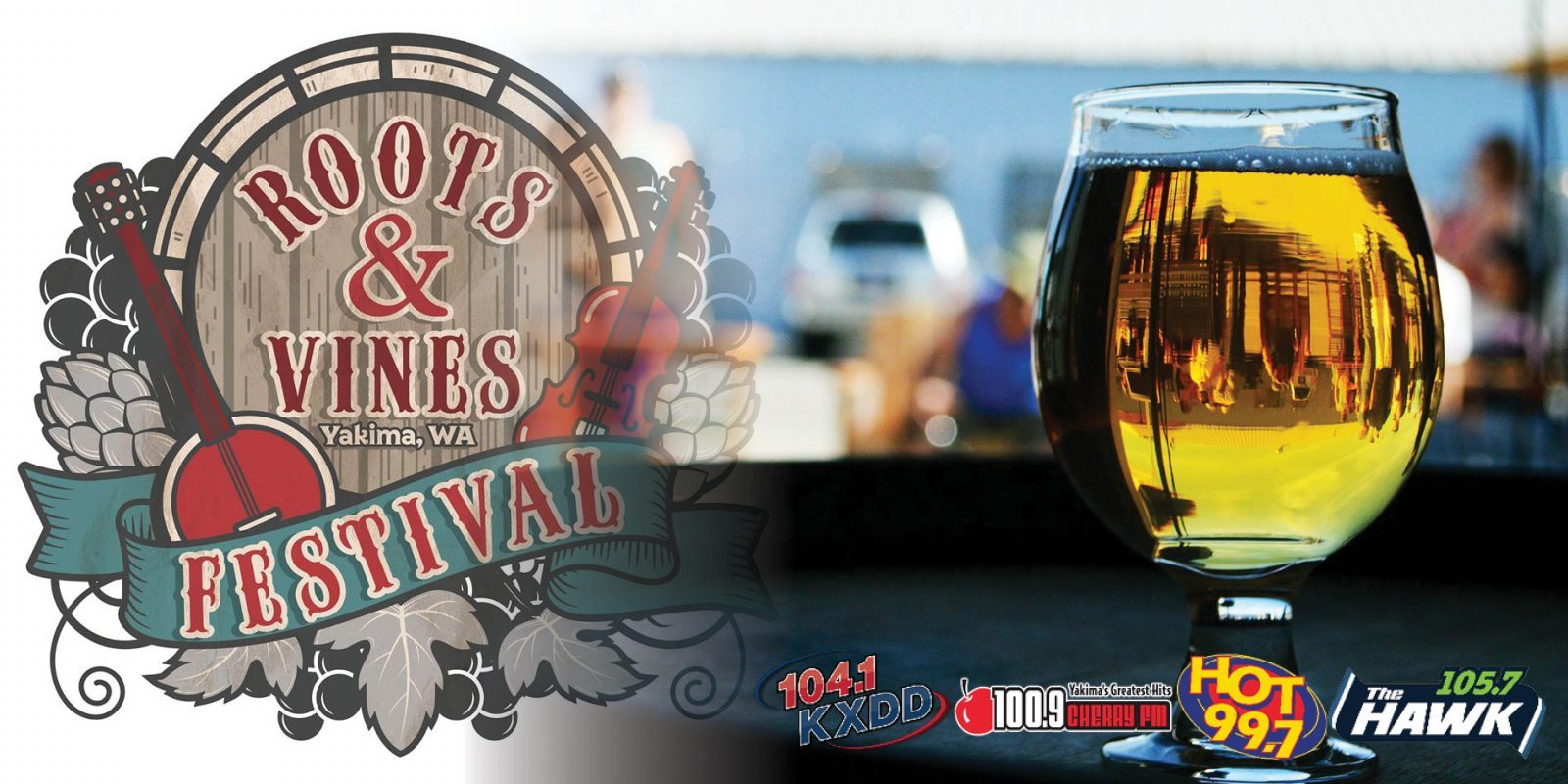 Everyone’s favorite 21+ spring party is back for another year! May 16th, 2020 enjoy the valleys Brews, wine and music while strolling Yakima’s Historic Front Street at Roots & Vines!

Tickets are on sale now, purchase them here!

Ready to see who will be rocking the stage this year? 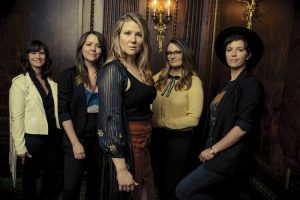 Della Mae is a GRAMMY-nominated, Nashville-based, all-female string band made up of lead
vocalist/guitarist Celia Woodsmith, 2-time national champion fiddle player Kimber Ludiker,
mandolinist Jenni Lyn Gardner, and upright bassist Zoe Guigueno. Hailing from across North
America, and reared in diverse musical styles, they are one of the most charismatic and
engaging roots bands touring today. They have traveled to over 30 countries spreading peace
and understanding through music.
Their mission as a band is to showcase top female musicians, and to improve opportunities for
women and girls through advocacy, mentorship, programming, and performance.
In the making of their fourth album Headlight, Della Mae has claimed a more daring sense of
freedom than they’d ever allowed themselves before. Boldly breaking genre convention, the
Grammy Award-nominated band pushed beyond their bluegrass roots and followed their instinct
to their most sonically adventurous body of work to date. And in lyrics, Della Mae has fully
embraced the album’s potential as a platform for change, delivering a collection of songs at
turns fearlessly personal and powerfully resonant.
With Gardner describing Headlight as “the record we’ve always wanted to make,” Della Mae
views their newfound lack of restraint as an imperative for the all-female band. “So many things
have happened that we knew we needed to write about, so we shelved old ideas of what we’re
supposed to sound like, and just played these songs in the way that felt right,” says Ludiker.
Woodsmith adds: “We decided we don’t have to carry the weight of other people’s expectations
of who we are anymore. As women living in today’s world, we no longer feel the need to bow
down to anything or anyone, and it feels incredibly liberating.”

Hillstomp is a 2-man band comprised of Henry Hill Kammerer and John Johnson. Henry plays
guitar and banjo like a hurricane, and if you close your eyes you’d swear he’s playing 2 parts at
once. John Johnson beats mercilessly on his drums, with the fury of a demon loose from hell.
Once you get past the pure ferocity of his playing, you notice the parts are intricately crafted
patterns that provide the framework for Kammerer’s guitar and banjo sorcery.
The whole thing started as a love letter of sorts to North Mississippi blues played by the likes of
RL Burnside and Junior Kimbrough. It first caught on in college towns like Eugene and Olympia,
but soon bigger cities got it as well. The band stayed there for a few years and then started to
morph – adding banjo and writing more and more of their own music. The fast and loud songs
kept coming, but now they were interspersed with ballads and slow-burners to give the sweat-
soaked dancers a chance to breathe. They have set out on national headlining tours, tore their
way through Europe a few times, and opened for many of their heroes along the way.
Hillstomp sounds like a boom box blasting from a shopping cart. Two madmen have strapped
an engine to the cart and it’s too big and running too hot. They&#39;ve got a banjo and a
megaphone, a washboard and a kick drum. They&#39;ve stocked the cart with guitars, buckets, car
parts, and microphones and they are hurtling towards a blown out bridge while the bad front
wheel flaps manically. The fools think they can jump the bridge and land safely on the other
side. They are very wrong but no one has told them because…well, they just seem so happy.
And there you are, bouncing alongside them and deep down you hope they make it. Hillstomp is
folk music in its purest form – from loud and gritty, to intricate and poignant, and most
importantly, always heartfelt and true. 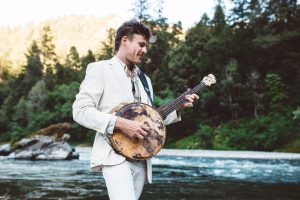 Quattlebaum, Southern Gent and Banjo Slinger, brings more to the table than just music. With
his infectious smile and weird antics, he brings people together; encouraging camaraderie and
building community. The singer-songwriter, currently based in Portland, Oregon, tours the
country picking and strumming indie-folk songs that are spacious and emotive, and have an
implicit groove.
When he plays, you can hear the reverberations of the rustic mountains clashing with the breezy
ocean. Like a willowy heron, Quattlebaum struts around on stage as the music moves through
him, evoking a range of emotions from laughter to longing. He shares tender moments, where
one can almost hear his banjo breathing, then erupts into raucous peaks of unbridled
energy—his captivating solo performances take his audiences on a ride.

Laney Lou and The Bird Dogs 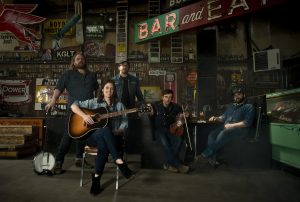 Laney Lou and the Bird Dogs are a relentlessly energetic folk-rock band based out of Bozeman,
Montana. Combining a soaring four part harmony and rockroll drive, a Bird Dog show gets
people dancing and singing along to original tunes and covers alike. 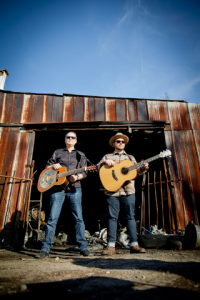 Take a 15-time IBMA (International Bluegrass Music Association) Dobro Player of the Year
and a Tennessee-born guitar prodigy who made his Grand Ole Opry debut at the age of 11,
and you have Rob Ickes and Trey Hensley, a powerhouse acoustic duo that has electrified
the acoustic music scene.
Known for their white-hot picking, stone country vocals with soul and world class live
musicianship, Ickes and Hensley meld together blues, bluegrass, country, rock and other
string band music of all kinds to form a signature blend of music that defies restrictions of
genre. They are equally at home on stages of prestigious performing arts centers, theatres
and the Grand Ole Opry as they are on Americana, jamgrass, bluegrass and jam band
festivals.
Ickes co-founded the highly influential bluegrass group Blue Highway and has been a
sought-after Nashville session player and live performing musician for decades, with credits
to his name such as Vince Gill, Earl Scruggs, Merle Haggard, Alan Jackson, Reba McEntire
and Alison Krauss. Hensley has been called “Nashville’s hottest young player” by Acoustic
Guitar magazine and his soulful baritone vocals have received acclaim as well. Influenced
by repertoires as diverse as The Allman Brothers Band, Ray Charles, Merle Haggard and
Stevie Ray Vaughan, Hensley has shared stages with artists such as Johnny Cash, Steve
Wariner, and Peter Frampton. As a duo, Ickes and Hensley have shared the stage and
collaborated with Tommy Emmanuel, Taj Mahal, David Grisman, and Jorma Kaukonen &amp;
Hot Tuna — all enthusiastic admirers of the duo — as well as Luther Dickinson of North
Mississippi All Stars, Molly Tuttle, and many more. The duo were key players on “Original,”
the recent highly lauded Compass album by bluegrass giant Bobby Osborne; their
participation garnered a Recorded Event Of The Year Award for Bobby’s version of “Got To
Get A Message To You” on that album at this year’s IBMA Awards; they also were on the
2016 Recorded Event winner, ”Fireball,” featuring Special Consensus, in 2016.